What should we know about power distribution box?

Home/What should we know about power distribution box?

What should we know about power distribution box?

We won’t be able to do most construction, finishing or installation work if we don’t make sure we have access to the power grid.

Power distribution box, also called “eRBets”, are a rather unusual type of distribution box which can operate in the open space. Thanks to their presence on the construction site it is possible to supply electricity to various receivers – both outside and inside the building. The most important features of such distribution box are versatility, high level of safety, wide functionality and mobility. Their main task is to supply electricity, as well as to protect the installation against the possibility of short circuits or overloads. Power distribution box is used not only on construction sites, but also everywhere, where it is necessary to supply power and prevent from overloading electrical installation of temporary character. are also used in infrastructure related to road construction. They often serve sports facilities during sporting events and music shows. Power distribution boxes is also used at renovation facilities and outdoor events, as well as wherever temporary electricity is needed (for example, campsites and markets). The main application of the power board is the distribution of electricity, but it can also be used for measuring energy consumption. It is available on the market in different types and configurations. It is good to know the differences between the different types in order to select the switchgear according to the planned use and needs.

What is an power distribution box?

The role of the power distribution box is to distribute the electrical supply to the various circuits. Thanks to it, it is possible to control all the elements belonging to the installation. The Power Distribution Box also contains elements that allow you to quickly and safely cut off the power supply. 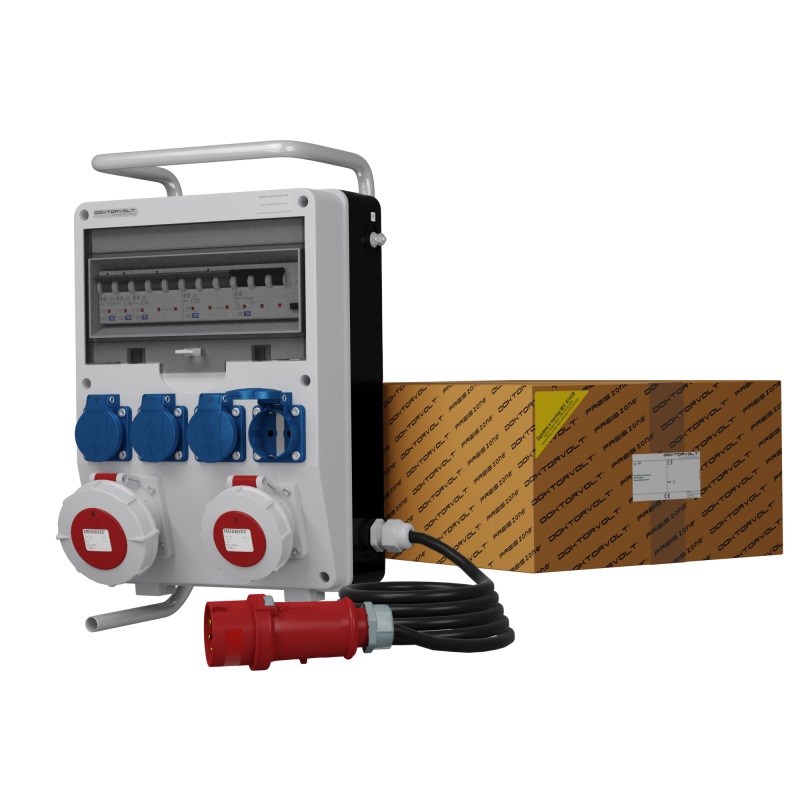 A mobile construction Power boards, or portable distribution board, is a device that, as the name suggests, can be moved to different locations as needed. A portable distribution board can be small in size, having only a few outlets, and will rather be suitable for garage and repair applications. A larger portable power board with a metal stand is also used on construction sites. 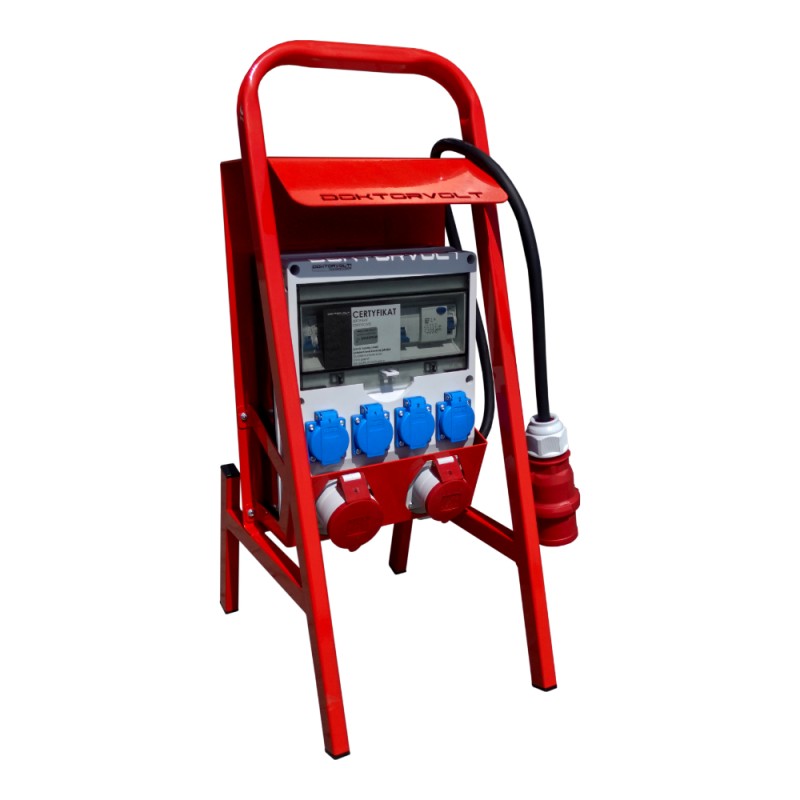 The material from which the Power Distribution Power enclosure is made is also very important. The material of the enclosure has a direct impact on the strength, durability, and consequently on the use of the enclosure. The most mechanically resistant enclosures are made of thermosetting materials and metals (most often it is appropriately protected sheet metal). Aluminum switchgear has lower mechanical strength but higher resistance to weather conditions. Building switchgear with or without a meter can also be made of plastics. Plastic casing is characteristic for small size portable devices. 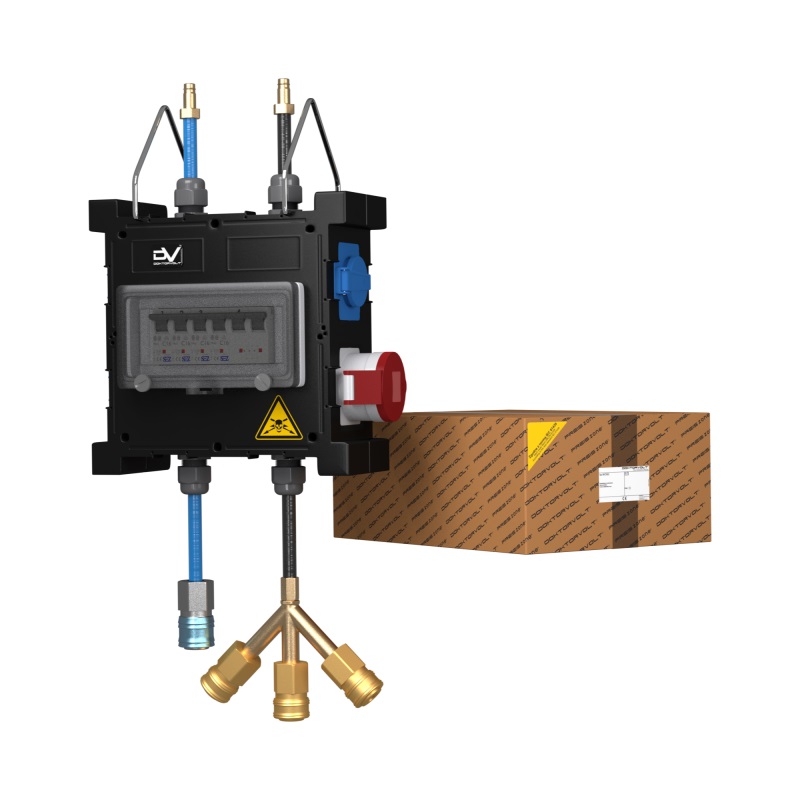 There are a number of protections inside the building Distribution box – overcurrent circuit breakers, circuit breakers, and even surge arresters. Their task is to stop surges in the electrical system, making our devices safe. When the voltage is too high, their task is to cut off the flow of electricity. In the house on the plot is enough ordinary Power board with overcurrent circuit breakers and 230V sockets.  However, if we anticipate the use of more sophisticated equipment, it is worth thinking about equipping the Distribution box with other sockets – such as 32A 5P or 16A 5P. In car workshops or factories, electrical Distribution box with a 0-1 or L-O-P switch are often used, which make work much easier. Often a power cord coming directly from the distribution panel can also be useful. If you are not an electrician, it is best to have a competent person assemble the power distribution board.

What else is worth knowing about Power Distribution Box

Power Distribution Box should meet a number of standards and have appropriate certificates. The standards which requirements should be met by Distribution Box include PN-EN 60439-1:2003+A1:2006 and EN 60439-1:1999+A1:2004. They should also bear the CE conformity mark, which is a certificate of conformity of workmanship with the requirements for a given product category (European Union Directive 2006/95/EC).

Building power distribution box – how to choose the right one?

For many, one of the most important issues is the number of outlets. You do not need to be a specialist to be able to say that the more sockets we have, the greater the possibilities. Also important is the type, because we can distinguish Power box both standard and those with measurement. Not without significance is the material. It translates into both the strength of the entire structure, as well as the way of use. It is worth paying attention to the possible range of temperatures, as well as the degree of protection of the device.

Connecting an electrical power distribution box is not easy. When performing the work, precision is very important. Power distribution box are diverse in terms of construction and technology of operation. Proper connection between circuits and protective elements determines the safe and failure-free operation of the entire electrical system. Carrying out activities in this area requires appropriate knowledge and experience in the field of electrical engineering. Mistakes made during the installation of switchboard can result in damage to the devices connected to it, and even lead to a fire. Therefore, the connection of the power box should be commissioned to a qualified specialist with the appropriate authorization