Doktorvolt – winner of the Opole Brand 2019

Home/Doktorvolt – winner of the Opole Brand 2019

Doktorvolt – winner of the Opole Brand 2019

Cooperation between local governments and entrepreneurs has a positive impact on economic development on a regional scale. Initiatives that deepen cooperation and motivate companies to take action include local editions of quality competitions, including the Opole Brand. The organisers of this year’s edition were: Opole Centre for Economic Development, Voivodship Labour Office and Regional Centre for Social Policy in Opole.

The competition distinguished the winners in the following categories: “service”, “product” “promotion of the region”, “Company for the region – employee volunteering”, “Opole with taste”, “Employer of the year” and “Leader of the Opole economy”. Doktorvolt submitted its flagship product – the TD series construction distribution box, which received an award in this year’s edition of the Opole Brand.

The distribution boxes manufactured in Malichow consist of components manufactured in 100% in Europe. They are equipped with sockets of the globally recognised MENNEKES brand, protected with apparatus of strength up to 10kA with the VDE certificate. The distribution box housing is hermetic (IP65), contains no harmful substances (halogens) and is impact resistant. Each piece of the product is thoroughly tested for quality and safety before it is released on the market, which is crowned with a serial number and certificate.

The product is becoming increasingly popular in Poland. The robustness of the Doktorvolt® brand is evidenced by its success in the demanding German and hermetic Scandinavian market, where the distribution box was enthusiastically received. Currently, more and more products are sold in Western Europe, including France and Great Britain. The system of sockets and protections is adapted to the requirements of a given country. So far, it has released products in German Schuko, French, British, Danish, Swiss and even American variants – which proves the international success of the brand.

The Opole Brand Award 2019 is a special distinction resulting from a long process of developing the quality of Doktorvolt products. It is also an additional motivation for further work and maintaining the highest quality and safety standards. 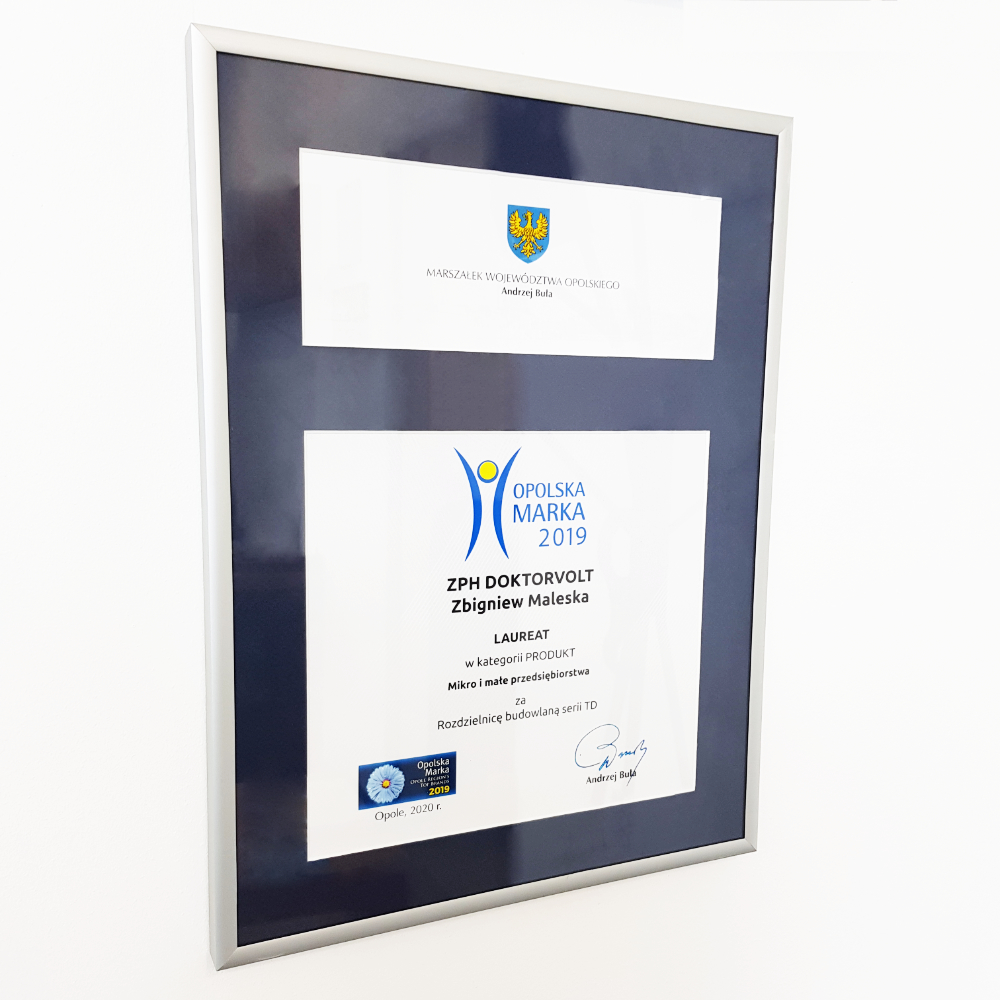